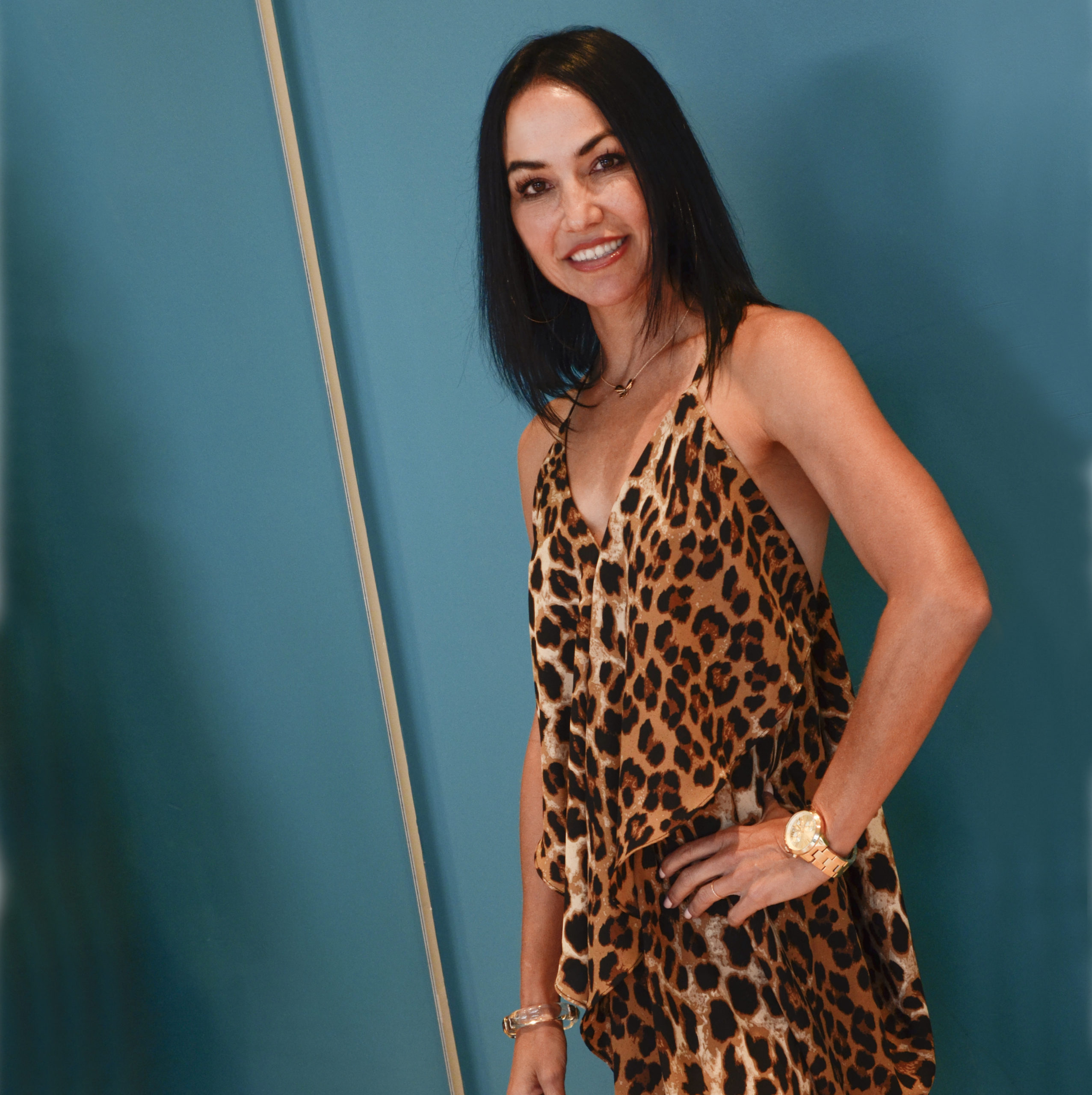 "Dancing has taught me that being able to share your joy with someone else is one of life's greatest gifts."
Bio 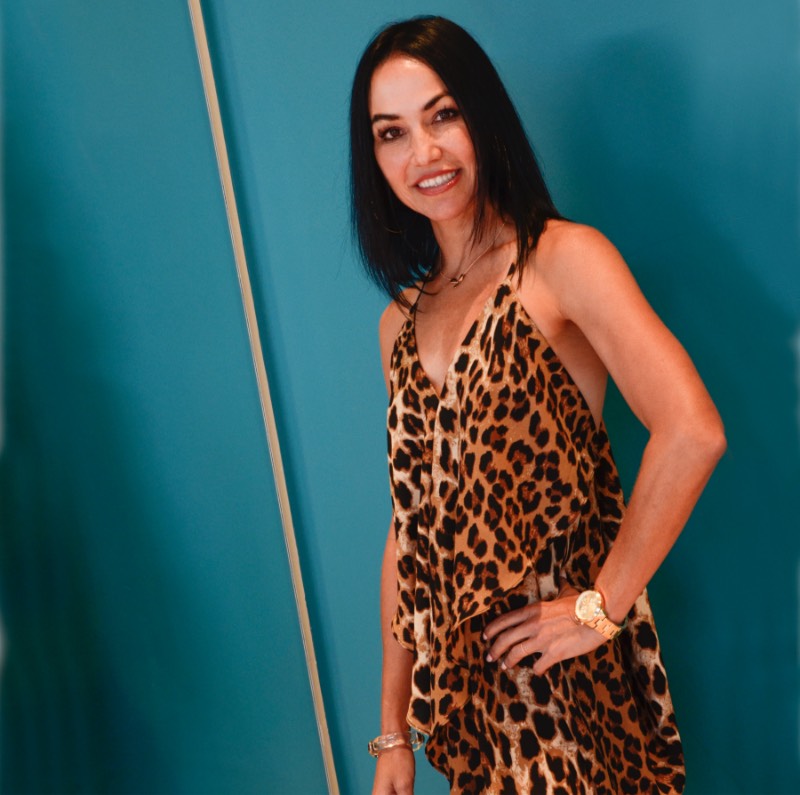 Erica started dancing in her youth. Her inspiration came from her native country of Argentina, home of the Argentine Tango.
Her love for dance, later led her to both a professional and competitive career.

In her competitive career Erica trained with the top coaches in the world, in the International Standard Division, competing nationally and internationally for 13 years. She competed in the top competitions in the world such as Blackpool Dance Festival, International and UK Open. She was ranked amongst the top 12 in the nation and was 2nd in the US in the Classic Show Dance Division. This led her to the World Championship in Leipzig Germany as US representative.
​

Having this experience has enabled Erica to bring top instructors from around the world to Midtown Ballroom. 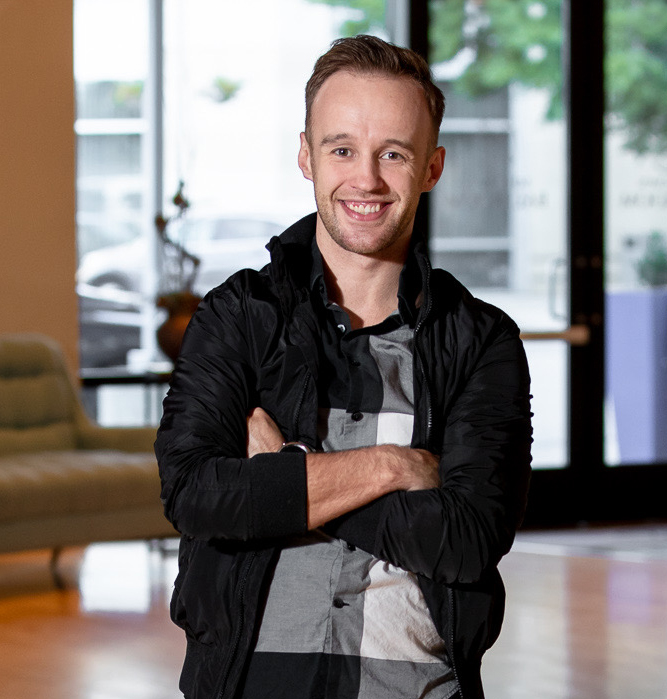 "Thinking is the biggest mistake a dancer can make. You have to feel it.”
Bio

Born and raised in Idaho, Trevor grew up competing in everything possible including track, soccer, football, cross country, karate, basketball and even choir. His dance career started at age 14 where he was an individual competitor and also danced with a youth formation team.

Trevor received full scholarships to be part of the well known BYU formation team, in which they won the British national championships in both Latin and Ballroom styles. With his competitive career, Trevor has been invited to perform around the world including China, Hong Kong, Germany, Switzerland, England, and various cities throughout the United States. Trevor holds five US National Championship titles including Theater Arts (a style involving lifts), American Style Smooth, and West Coast Swing. Most of these titles he received with his wife Emily. Together they moved to Charlotte in 2014 to pursue professional careers. Trevor and Emily are regulars in all professional finals, and also won the right to represent the US at the World Latin Show Dance Championship in 2021 in Russia.

On top of all this Trevor and Emily have two children, a son Fletcher and a daughter Thea… who are regulars at Midtown Ballroom and our future dance champions. 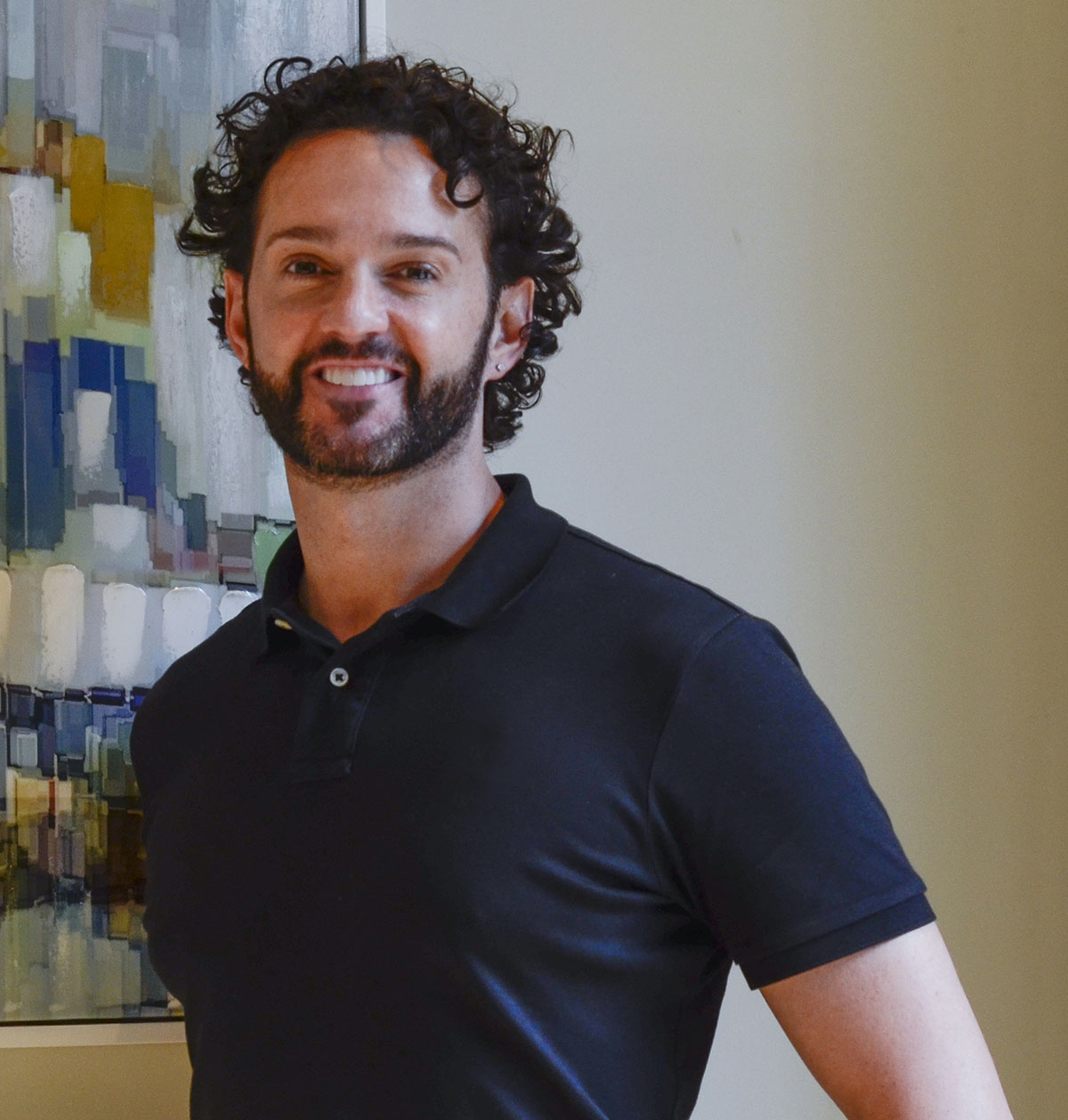 “I learned all about life
with a dance floor at my feet."
Bio 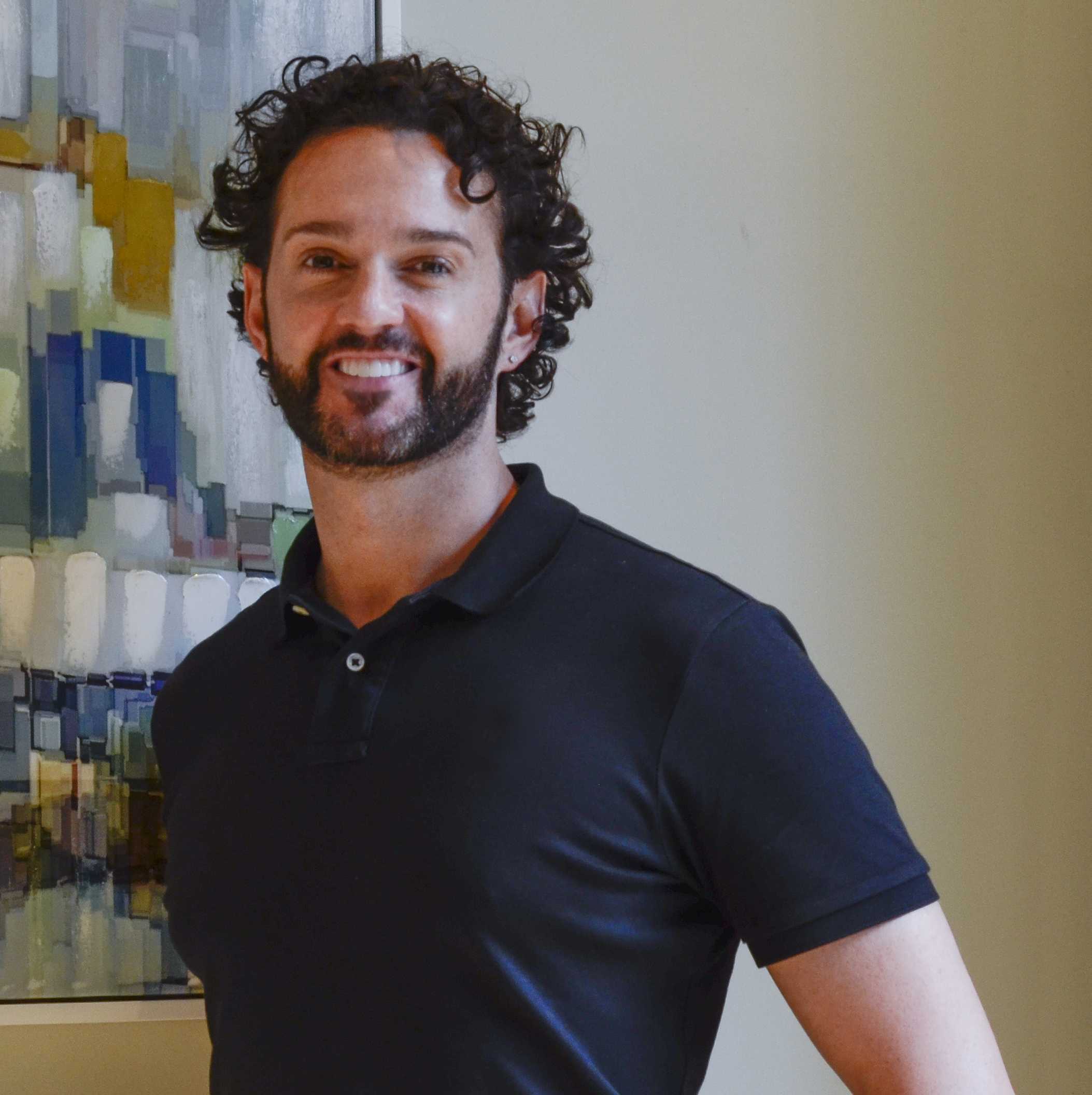 David has lived and breathed ballroom dancing since the age of nine, when he began his competitive career in Australia.
With over 30 years of experience, David comes with an impressive list of achievements. He is a multiple Professional Ballroom Dutch Champion; multiple Australian Ballroom and Latin American Champion; placed in the top 16 at Blackpool Dance Festival in Professional Ballroom; American and Dutch Representative at World Championships; and many more. His career has been broad and expansive, living in and representing England, America, and the Netherlands. He also has a B.S. in Health Science, Education and Biomechanics.

David’s success, drive and commitment, allows him opportunities to coach and choreograph at a high level. Producing Blackpool Champions, National Champions in Australia, England, Belgium, the Netherlands and America in both Ballroom and Latin American, and also worked with professional dancers from “Dancing with the Stars” and “So You Think You Can Dance”.
​
Along with his wife and son, David calls Charlotte, home. Having met his wife in the dance world, he truly knows the fulfillment and enrichment dancing can bring to one’s life. 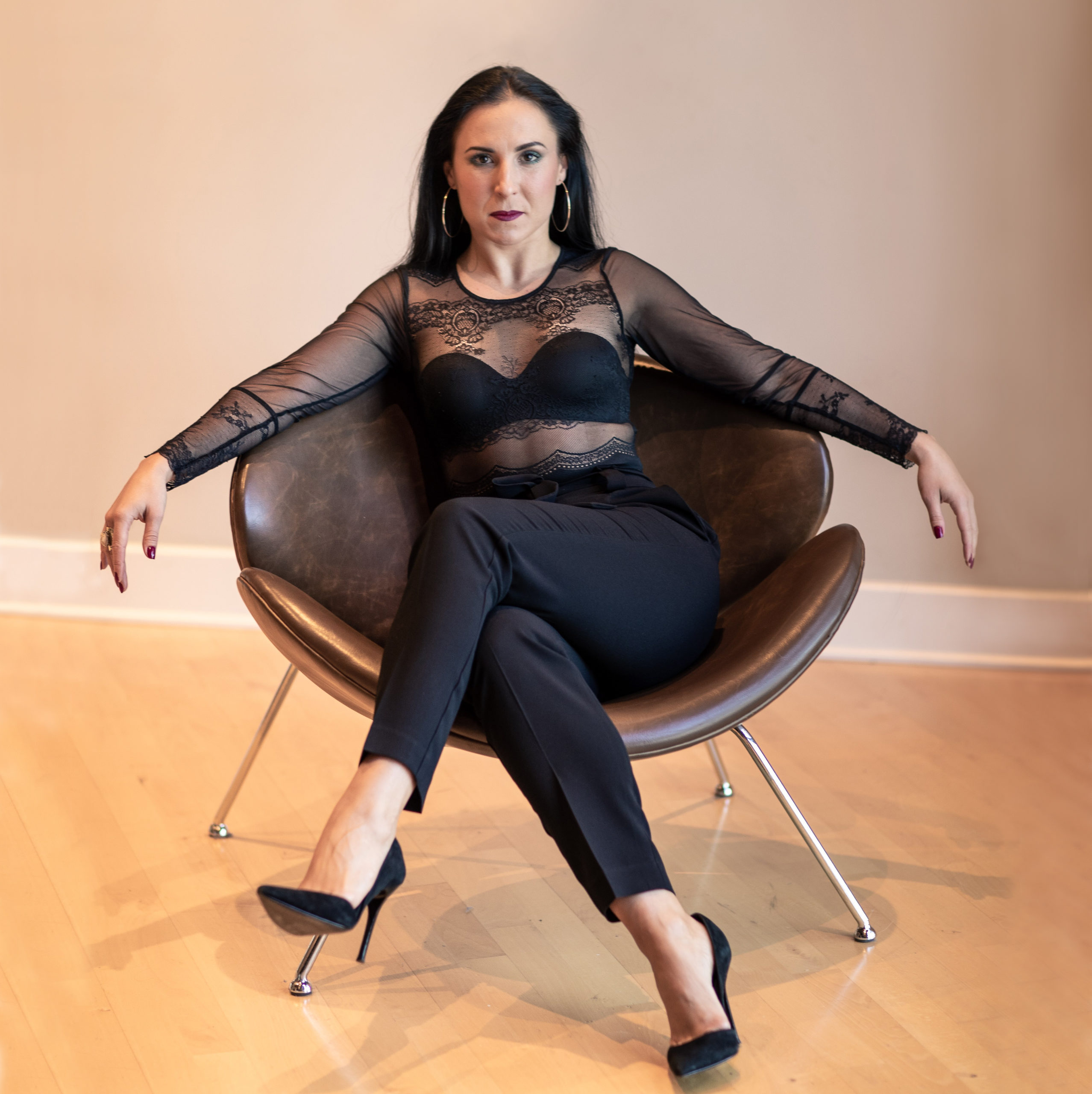 “Hello it's me. I was wondering if after all these years you would point your feet."
Bio

With 30 years of dancing and competing experience at International level, Darinka is a nine time National Champion in her home country of Serbia. Her achievements and talents granted her permanent residency in the US. In 2011, Darinka chose to establish herself in Charlotte, where she now teaches Latin and Ballroom and is also a certified barre 3 instructor. In her competitive years in the US she was a regular finalist in the International Latin division. Darinka performs in the “Dancing With The Stars of Charlotte” benefitting the Pink House. She has also shared her talents with the Charlotte Symphony for the Knight Sounds Series, Boys & Girls Clubs of Gastonia and in the YMCA’s "Ballroom Dance Battles”. 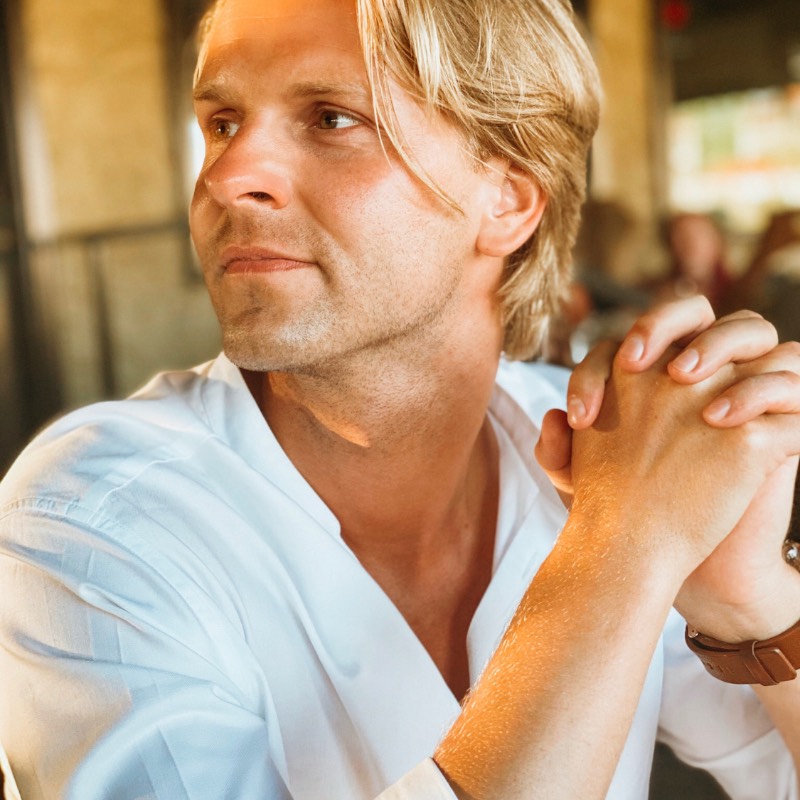 Nerijus began ballroom dancing at seven years old in Lithuania. After graduating with a Masters in Economics and Sports Psychology, he spent several years competing in the European professional ballroom dance circuits. Becoming more fascinated with teaching dance and the joy it brings people, he made the move to the United States to pursue his passion.

Nerijus has competed nationally and internationally, and has received the “Top Instructor” award throughout the US many, many times.
​
Today, he brings decorated experience and heart to all those who he instructs, teaches and coaches. He also consults with professional athletes, models, and performers of all kinds. 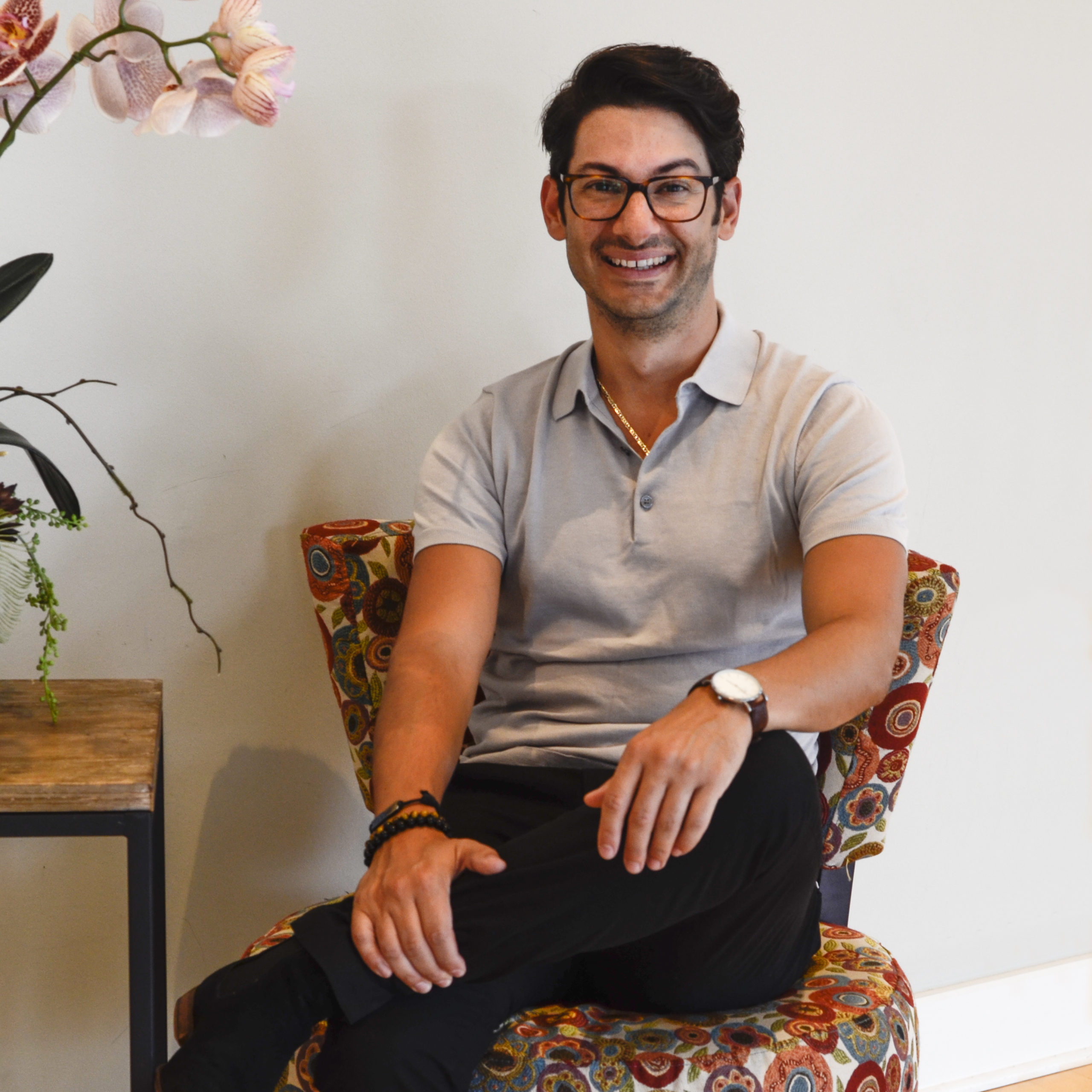 “A dance shows the relationship between people. Each has its own story, sometimes fun and exciting, sometimes passionate.”
Bio

Paul is of Italian descent, but was born and raised in Melbourne, Australia. His dancing career spans for more than 25 years and he is a professional dance instructor, accredited with DanceSport Australia. In 2011, Paul and his dance partner, Masha Khazanova, became the champions of South Pacific Dancesport Championship in Amateur Standard division and shortly thereafter they decided to turn professional. 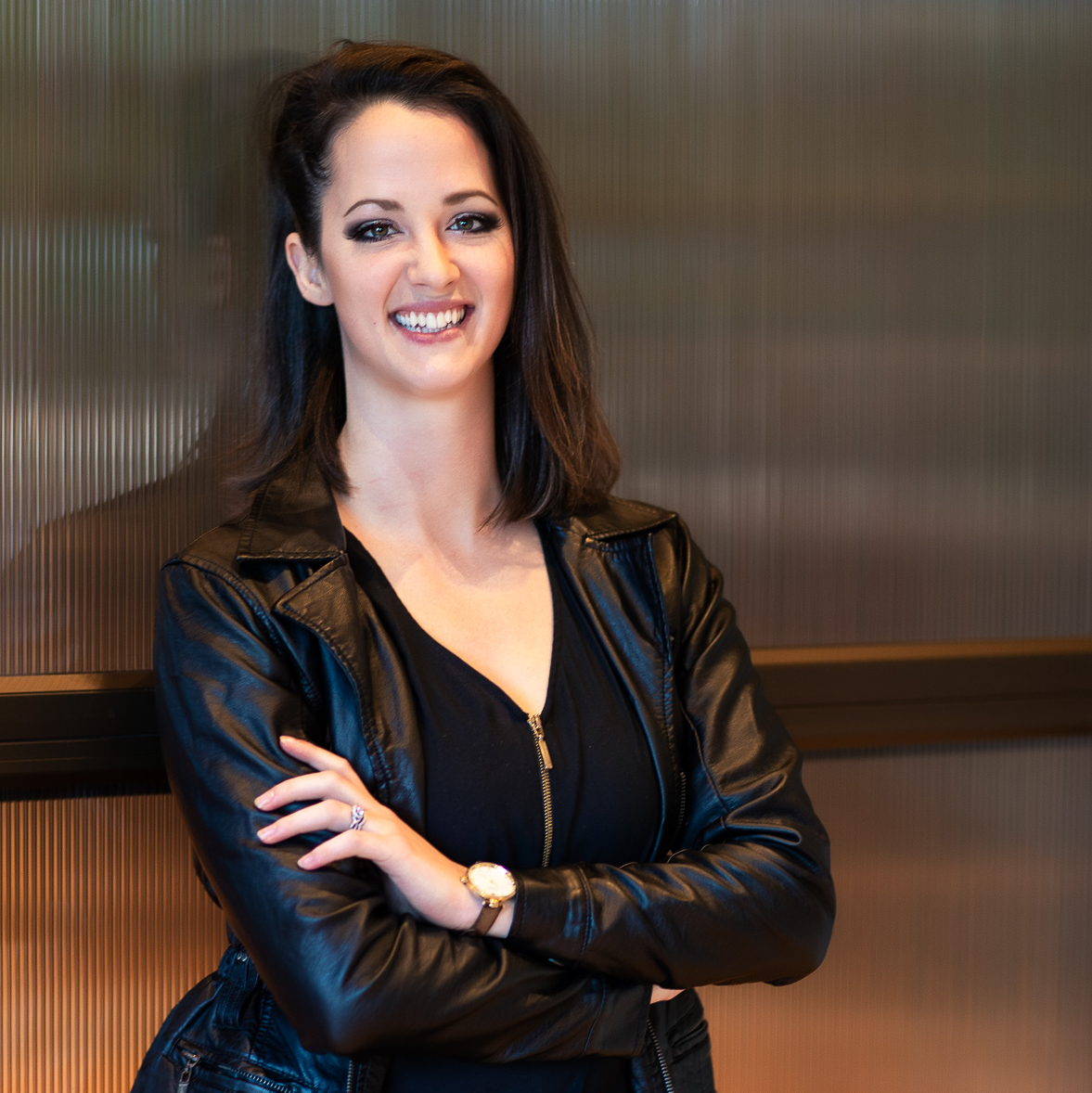 “Life isn’t about waiting for the storm to pass, it’s about learning to dance in the rain.”
Bio

Emily was born and raised in Provo Utah where she met her husband, Trevor Guthrie, while attending Brigham Young University. During those college years she completed a degree in ballroom dance and achieved the highest honor awarded in Dance Proficiency Examinations in both Ballroom and Latin styles. Emily was a member of the top touring ballroom company where she was invited to perform around the world including China, Hong Kong, Germany, Switzerland, England and other various cities throughout the United States.

Emily and her husband Trevor currently travel around the world competing in American style smooth, Theatre arts, and Show Dance categories where they have won many national titles. They also stay busy with two young children, a son and daughter... the next future dance champions.

She also leads our group classes for Breaking Boundaries, a non-profit organization that provides free dance lessons to those with disabilities. 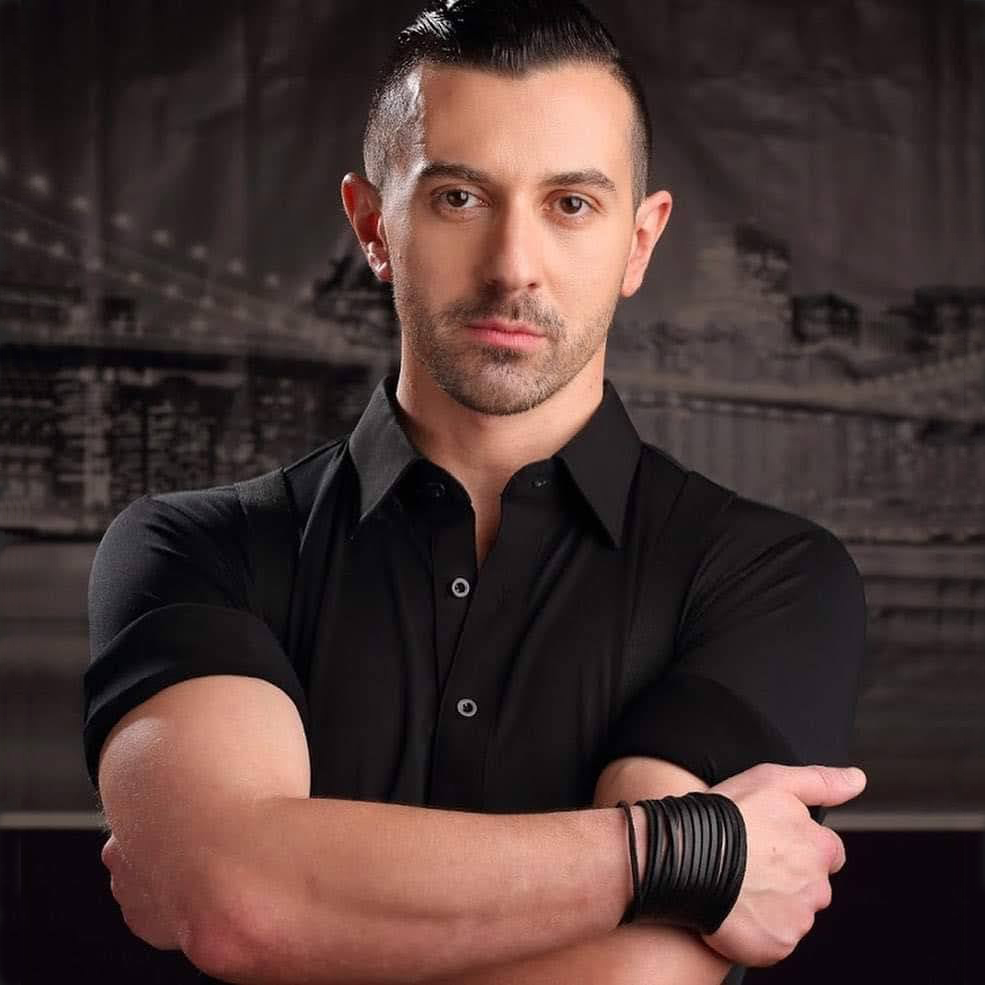 “Always remember. It is better to arrive late than to arrive ugly."
Bio

Born in Bosnia, Ranko started his dance career at age nine. He won five national championships in Herzegovina in three separate categories over the next nine years.

Moving to the US in 2009, Ranko began competing as a professional in American Style Rhythm placing in the finals of all major competitions. He moved to Charlotte in 2012 where he started teaching and continued to compete in International Style Latin, with his new dance partner, becoming a finalist in the Atlanta Open, Millennium Open, the Miami Open and the Heritage Classic. This lead to a first place in Miami Grand Nationals in Open Professional International Latin division in 2013.

Ranko brings his experience and passion for dancing to his students and the community. He has teamed up with Fort Mill “Save Middle School Sports”, Gastonia Boys and Girls Club "Dancing For The Future Stars", Winston-Salem "Take The Lead", YMCA’s Ballroom Dance Battle, and Charlotte Symphony’s Knight Sounds series. 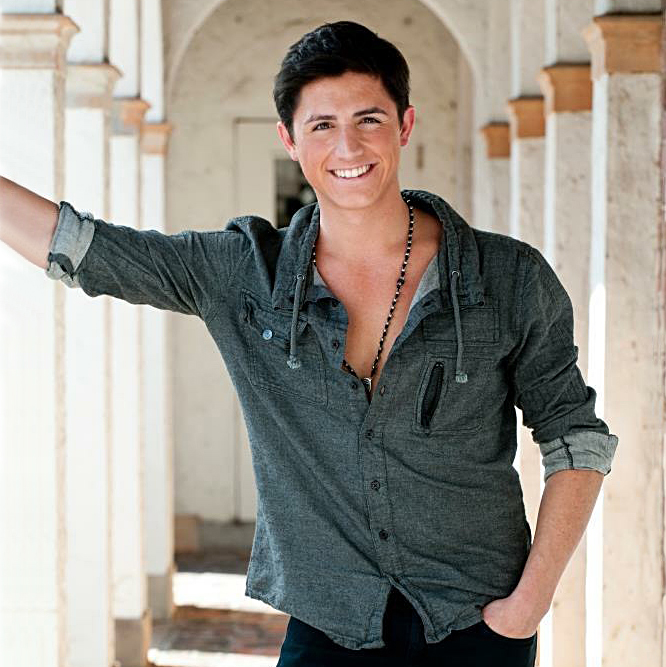 “Dancing is like a mini vacation from stress of everyday life. You have to be in the moment."
Bio

Daniel came to America from Colombia, South America when he was nine and began his dance career at ten as part of a Latin American Folkloric group. He was one of the company dancers as well as a teacher's assistant. His journey continued into ballroom dancing at age 13. His love for dancing and teaching developed as well as his love for fashion and costume design.

Daniel’s passion for teaching has inspired many amazing dancers. Advocating for the respect of dancers is important to him. His youth ballroom dance school was originated to begin change at the purest level, children. His students have won national titles and have been part of popular shows such as FOX’s “So You Think You Can Dance”.
Some of his accomplishments in dance have been Pro/Am Junior World Champion; top 100 Amateur Latin Blackpool Dance Festival;
top 40 in the Amateur Latin Open to the World in Paris; and US Amateur Latin Finalist.
​
Daniel designs couture costumes for professional and amateur dancers. He recently launched with Ready to Wear Brand “Daniel Gonzalez Designs”, dedicated to the sophisticated, luxurious woman. 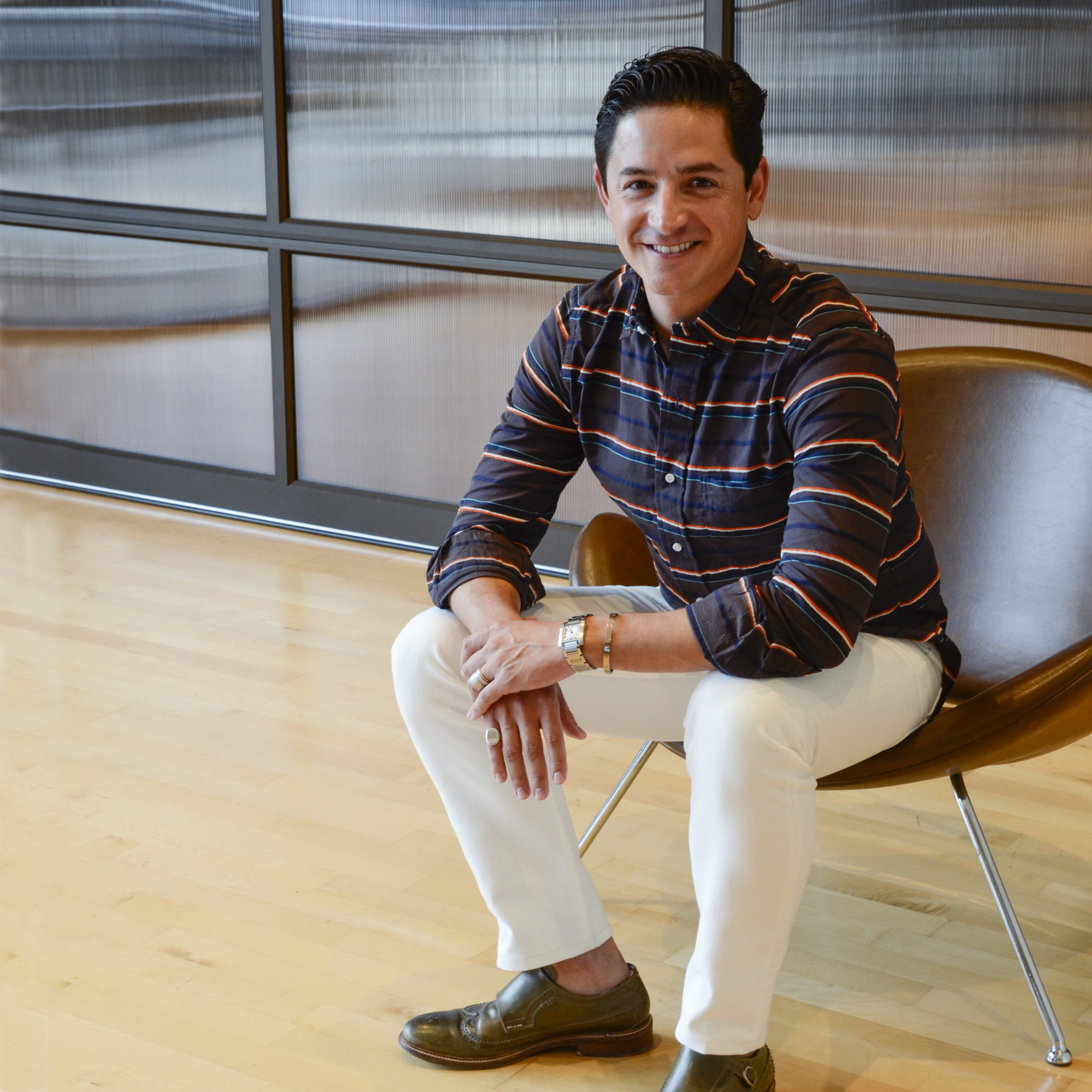 Felipe, a native of Colombia, South America, moved to the United States when he was 14. A year later, he discovered his passion for dance and began competing in International Latin as a pro-am. He accelerated as an amateur and turned professional in 2012. Felipe has worked under the instruction of world-class coaches.

During his years as a dance instructor, Felipe developed a love for working with children. In 2007, he founded the nonprofit Youth Dance Foundation to bring kids from diverse cultures and backgrounds together through dance. ​ In 2016, Felipe helped create DWTS of Charlotte to benefit Carolina Breast Friends. He is co-founder and producer of the annual show. Midtown Ballroom and its team of professional dancers are the exclusive providers of practice space and dance instruction to our Charlotte stars. 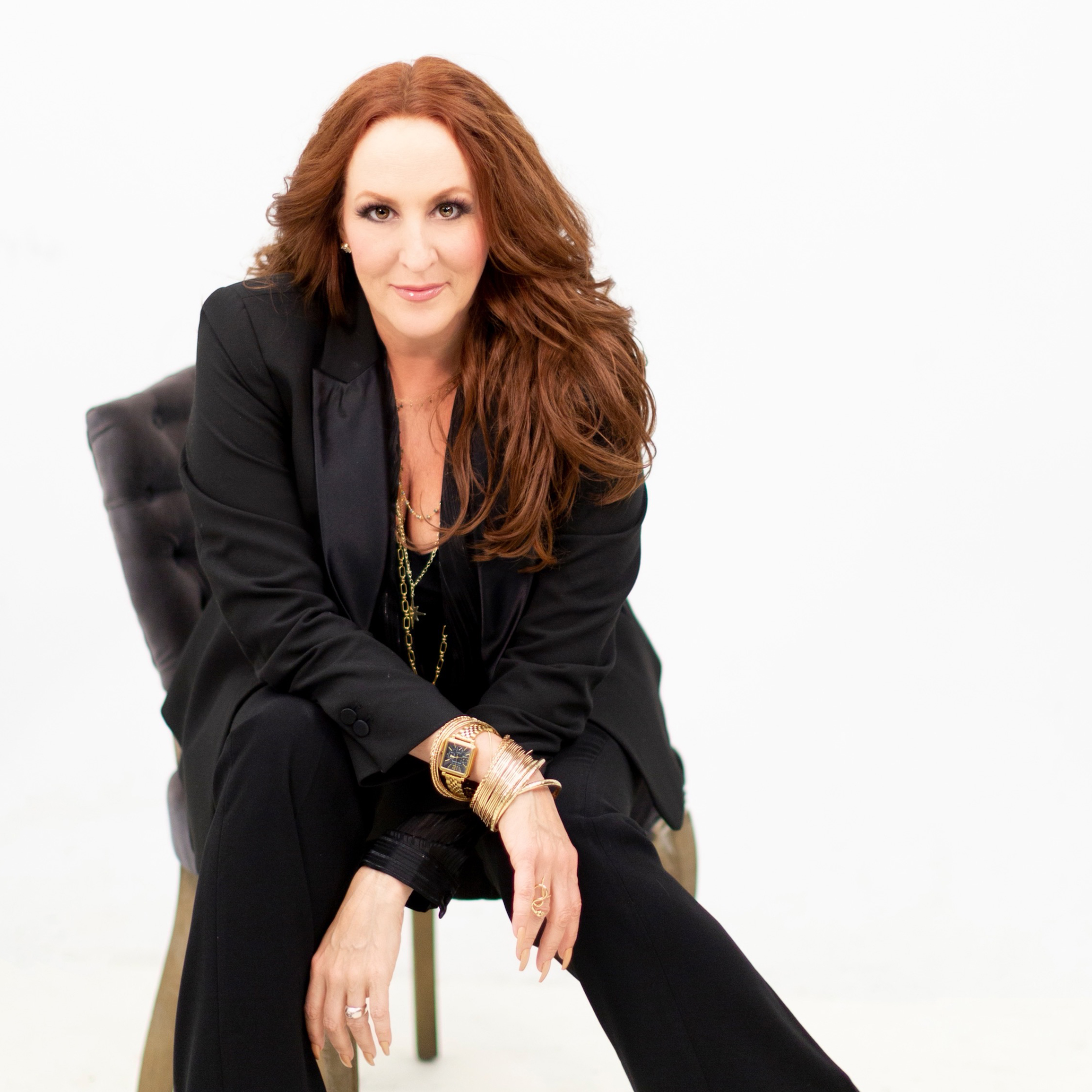 “My philosophy is to stay ready so you don’t have to get ready!”
Bio

She continues to work in the Industry as a Choreographer for Commercials, film, and video for clients such as Harris Teeter, Nascar, Coke, Belk, Shumacher Homes, and NC Educational Lottery. Jena has served as a guest artist at Northwest School of the Arts in Charlotte and continues to be sought after all over the country for her innovative style and empowering teaching methods.

Jena is now a resident coach at Midtown Ballroom where she specializes in performance and getting dancers ready for the stage. Her students can be seen on Broadway, TV, Film, and dancing behind Music Artists. She is excited to return this year as consultant & judge for Carolina Breast Friends in “Dancing with the Stars of Charlotte for the pink house”.